I is a word I haven’t used more than half a dozen times in the stories I’ve written in four-and-a-half decades as a reporter. In this book, I’ve used I five times so far and I’ll use it a lot more. You is a word I haven’t used much in my stories, either, and in this book I’ll use you hardly at all. It’s bossy: If you want to know how to write the way I write, here’s how you do it. Bossy. You know what I mean? 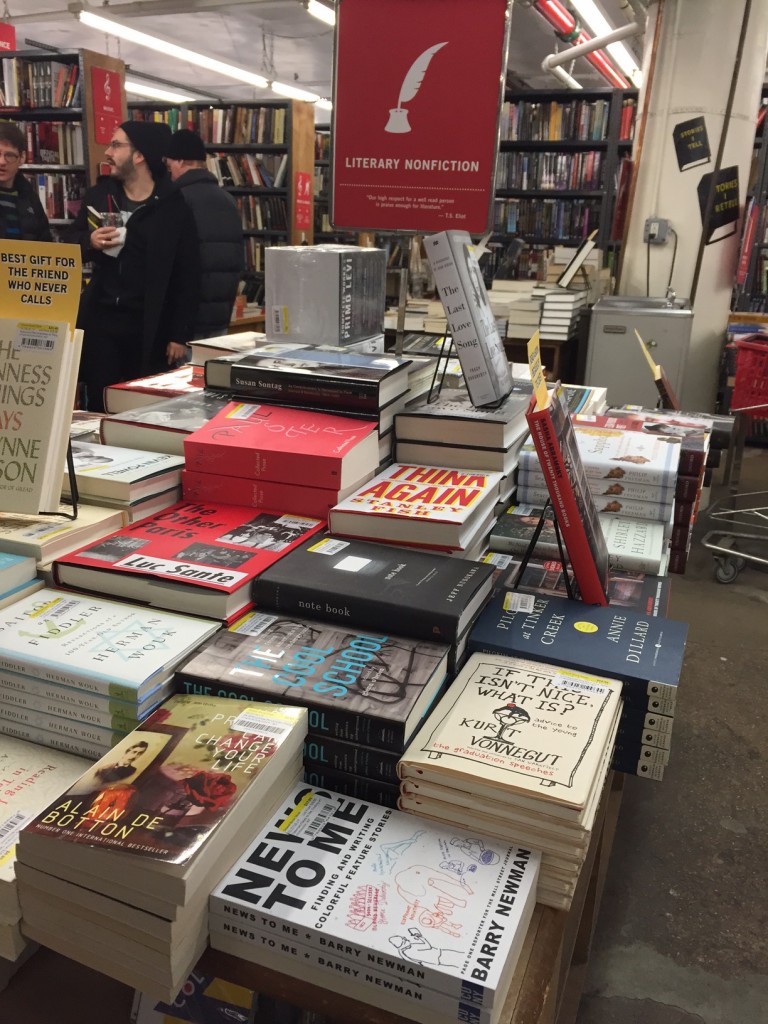 I’ve never been an editor or a bureau chief, or a teacher or a critic. I’m a machine operator. I bang keys to make words. Here, I’m an exhibit. My stories are short enough to be reprinted in full. I’ve been re-reading them, rooting through my notes, interviewing myself. I turned out to be a fairly cooperative subject, and have put my answers into a set of non-bossy essays for journalists, journalism students, and anyone who might wonder how a reporter like me does the job. I hope some readers will use the things I’ve learned about my work to make their own work better, and possibly fun.

When I got hired by the Wall Street Journal in 1970, the paper was running three stories a day on Page One. My editors told me that if I wanted to write Page One stories, I had to go out and get “the color.” I wanted to write Page One stories, so I went out and got it. Later, stories like the ones I was doing acquired a label: “Literary Journalism.” Now it’s “Narrative Nonfiction,” “Creative Nonfiction,” “Narrative Journalism” and “Longform.” Whatever. I try to describe places, get people talking to each other, cut from scene to scene, and explain what’s happening in omniscient asides. Novelists do that. So did the writers of the TV cowboy shows I watched when I was a kid. Before the Journal began running color pictures, it had an advertising slogan: “We save the color for the writing.” Literature. Narrative. Longform. It’s still about going out and getting the color.

The stories in this book are easier to define by what they’re not: They’re not news. They’re news to me, I should say, but not to a lot of other reporters. Paul Steiger, the Journal’s long-serving managing editor, might call them “permanent scoops.” Ten reporters covering a flood in Ohio ought to write ten similar stories. Ten reporters covering the pickled-herring caves of Kungshamn should write ten stories that are totally different. At the Journal, I was told to look for subjects that got me excited. If I got excited, I would excite my readers. That’s my guiding principle in the hunt for story ideas that takes up the chapters in Part One and a big part of my life. I remember the story that first excited me about working for the Journal. It ran on Page One, four months before I started. The opening line: “Doris McCarley’s wart went away the other day.” The reporter was John E. Cooney. I can’t say for sure, but I suspect Cooney had a wart.

Magazines still tell engrossing stories with the kind of tools I’ve sharpened, as do an expanding cluster of websites. Among newspapers, the Journal has been a rarity, especially in the fluff department. I’m not a humor columnist. I don’t make fluff up. I’m a reporter, and though my inquiry into New Jersey’s naming of a “state dirt” was meant to be funny, the paper held it to the standard of reportorial rigor it applies to the Fed’s interest-rate projections. Part Two contains advice on reporting, such as: Pick up brochures at airports; use a pencil when it’s freezing out because ballpoint pens won’t work; don’t try to fool the CIA.

Reporting without thinking about writing is like going to the supermarket to buy food for dinner without thinking about the menu. If I plan to fry rice, I better buy the bean sprouts, and if I plan to write about suburbanites who mow lawns with scythes, I better watch a suburbanite mow a lawn with a scythe. Part Three recounts some ways I shop at the reportorial supermarket. Then comes Part Four — the hard part: sitting at a desk in a mess of notes, documents and hyperlinks, and writing a story worth reading.

Writers evolve their own habits and methodologies. I didn’t go to journalism school and I’m no student of how-to manuals. I have dipped into the Paris Review’s “Writers at Work” series, where great novelists answer questions about how many words they write in a day, which Bible verses get them started, and whether doodling helps. My drawback in reading interviews with great novelists is that I haven’t read enough of their great novels. My own stories might not be great, but they do slip snugly between my ruminations. So this book is a convenient twofer: stories and ruminations in one. The idea was tossed my way by Tim Harper, who runs CUNY Journalism Press, at a time when it’s popular to worry that longform literary narrative — going out and getting the color — is on trial for its life. I’m pleased to submit myself as evidence for the defense.