“Barry Newman, the best feature writer the Wall Street Journal ever had, has produced a book on writing. It isn’t for everyone — just for journalists who, like him, insist on being unique. If you follow his advice, you will, like him, be a pain in the ass to your editors. That’s their problem. Given how perishable routine stories are in the digital age, uniqueness is now more important for journalists than ever.”

TONY HORWITZ, Pulitzer Prize winning former Wall Street Journal reporter whose books include “Confederates in the Attic” and “Baghdad Without A Map”

“Barry Newman is better at  ‘getting the color’ than any journalist I know. Now, in this album of his quirkiest hits—on pickled herring, foreskin restoration, guillotining bagels, and other scoops from around the globe—he gives us tips and color commentary on the craft he’s honed over 40 years. Read, laugh, and learn from an unmatched pro.”

VAUHINI VARA, The New Yorker.
“Barry Newman is known as a legend among reporters at the Wall Street Journal and well beyond—one of the finest, and funniest, writers in modern American journalism. News to Me not only collects some of his most delightful stories but also offers rare and important insights into how he discovered, reported, and wrote them. It takes a lot of hard work to make storytelling look as effortless as Newman does.”
MATT MURRAY, Deputy Editor in Chief, The Wall Street Journal

“Newman is a nonpareil, the master of micro-detail who can make any subject compelling, from the noble to the nitpicky. He is the writer whose stories we gobbled up first, the one we all aspired to be. Thank goodness he has decided to spill some of his secrets.”

“Barry Newman started off covering metals and mining for the Wall Street Journal, and thank heavens, he didn’t last long on that beat. Instead, he headed off to write brilliantly composed and deeply reported features, on everything from the greasepots of Chinatown’s restaurants in New York to the 3,488-mile fence that keeps out dingoes in Australia. Now he reveals how he comes up with and executes such brilliant ideas, to the great benefit of journalists, those who love them and those who want to be them.”

“Barry Newman makes newspaper stories joyously offbeat events. And he makes them from so many different things: fish, Grape-Nuts, bicycles and lamps, just shelves and shelves of lamps. All the while, he has made it plain to editors that he knew just what he was doing, thank you very much. The stories, and now this revealing book, prove he indeed does.”

“There are generations of people, like me, whose idea of what a story could be – or even what journalism could be – was redefined by Barry’s work.”

DOUGLAS A. BLACKMON, Winner of the Pulitzer Prize for “Slavery by Another Name” and former Wall Street Journal bureau chief.

“Barry Newman is some kind of pen-in-hand superhero—endowed with a power unlike any other journalist to survive the apocalypse that wiped out almost everything that was ever enchanting in American newspapers. He has not only endured the editors, hacks, billionaires and web designers who spoiled the art of publishing newspapers, he is still writing, still charming every reader, and in News to Me  showing everyone who cares about words the quiet magic that makes them sing.”

“Wanna know how to write entertaining newspaper stories? Read Barry Newman. He’s one of the best to ever clatter on a typewriter for the WSJ.  Now he’s revealing his secrets in this book. Read it.  You’ll learn a lot. And be entertained. It’s that good.”

KEN WELLS, novelist, journalist, fisherman, editor of “Floating Off the Page” and “Herd on the Street”

“The first time I read a Barry Newman story on Page One of the Wall Street Journal, I was so jealous of its wit, clarity, vision and pace that I wanted to punch the guy. Who tells stories like that in under 1,500 words? Nobody. He’s the master.” 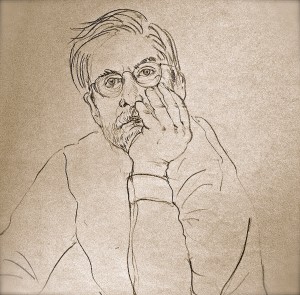